Graduated from the Central School of Music of the Tchaikovsky Moscow State Conservatory and the Moscow Conservatory where he has also completed his postgraduate studies (class of Professor Sergei Dorensky. He has been a prize winner at eight prestigious international competitions, including the Х International Franz Schubert Piano Competition (Germany) and the Enschede International Piano Competition (The Netherlands). Has appeared at numerous international festivals, such as the Miami Piano Festival, the Arts Naples World Festival (USA), the Steinway Festival, the Colmar International Festival (France), the Mstislav Rostropovich Memorial Festival (Baku), the Baltic Seasons Festival (Kaliningrad), Crescendo Festival and Denis Matsuev Invites Festival among others. He performed at the world premiere of choreographer Benjamin Millepied’s ballet Without at the Mariinsky Theatre. On the stage of Rachmaninoff Concert Hall (Philharmonia-2) has performed all of Tchaikovsky's piano concertos in one night together with Svetlanov State Academic Symphony Orchestra Of Russia (conductor Stanislav Kochanovsky).

A soloist of the Moscow State Academic Philharmonic. Regularly participates in the Stars of the XXI Century project. 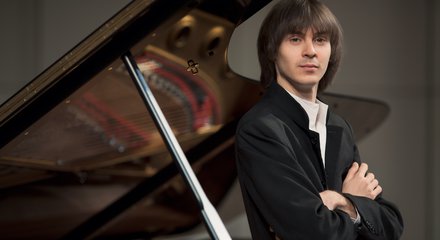