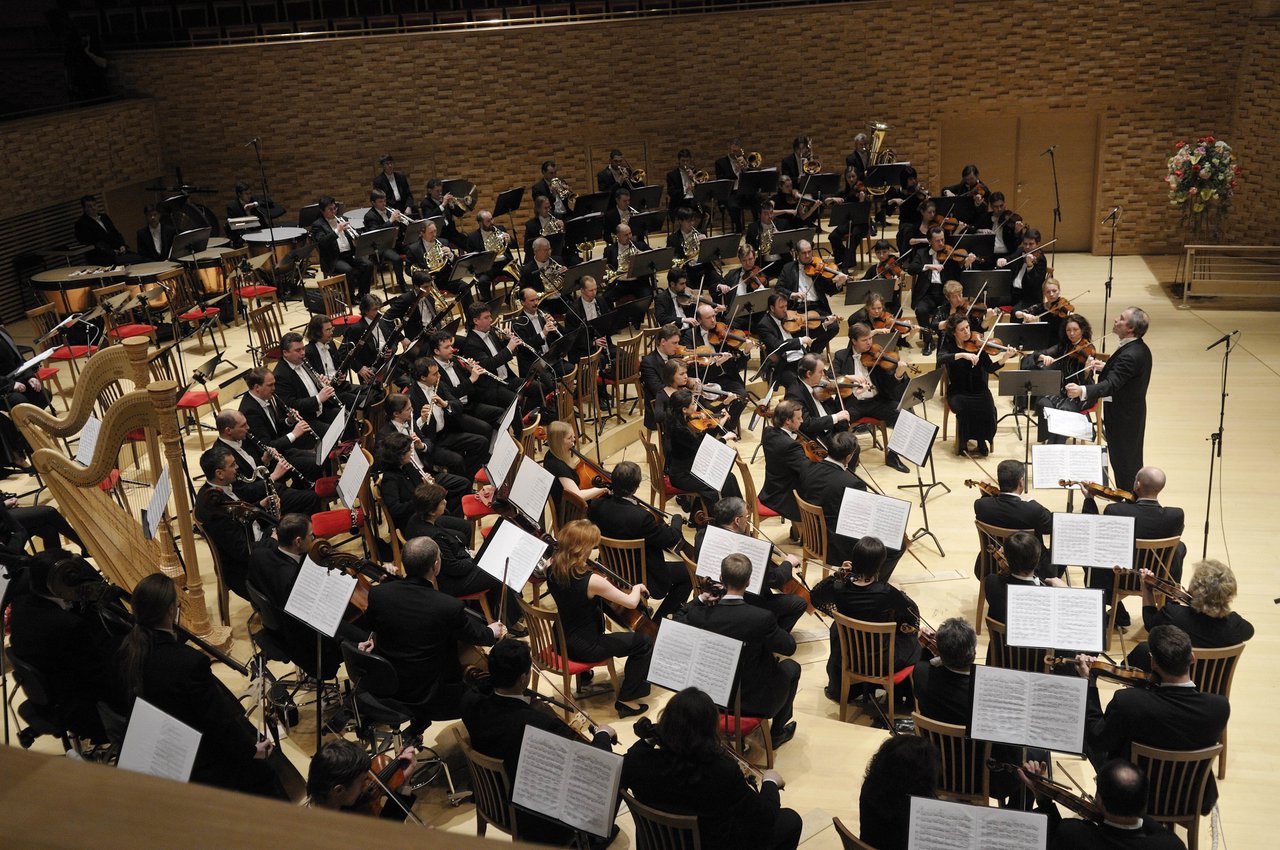 In 1996 Valery Gergiev became head of the Mariinsky Theatre. Since his advent, the orchestra’s repertoire has expanded many times, and the ensemble now maintains a full concert schedule and is listed among the world’s best orchestras by a whole range of authoritative foreign publications. 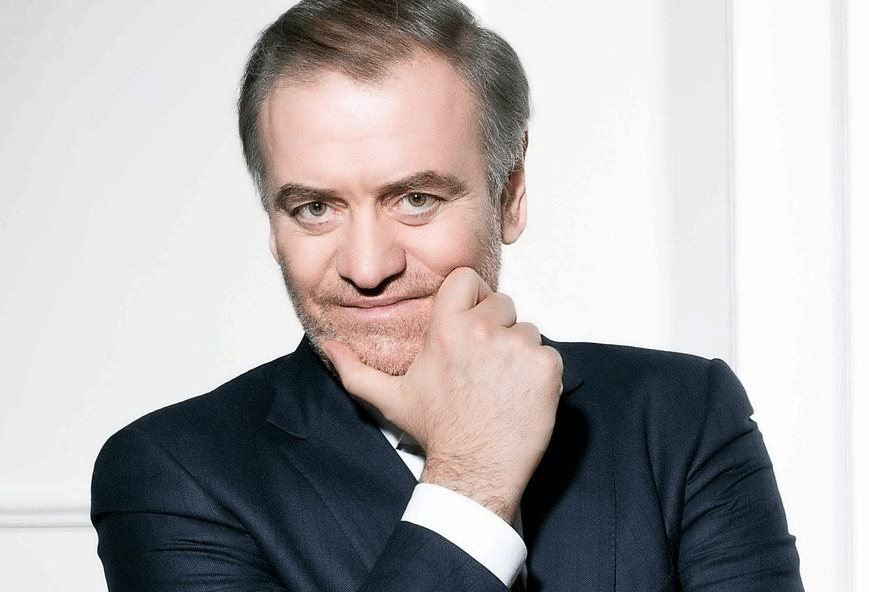 He is a graduate of the Leningrad Conservatory studying under Ilya Musin. In 1996 he became Artistic and General Director of the Mariinsky Theatre. He heads the London Symphony Orchestra, the Munich Philharmonic Orchestra, and the World Orchestra for Peace. He is honorary president of the Edinburgh International Festival, founder and Artistic Director of the Moscow Easter Festival, of the Stars of the White Nights Festival and of festivals in Mikkeli, Rotterdam and Eilat. He also works on a plethora of other music projects in Russia and abroad. 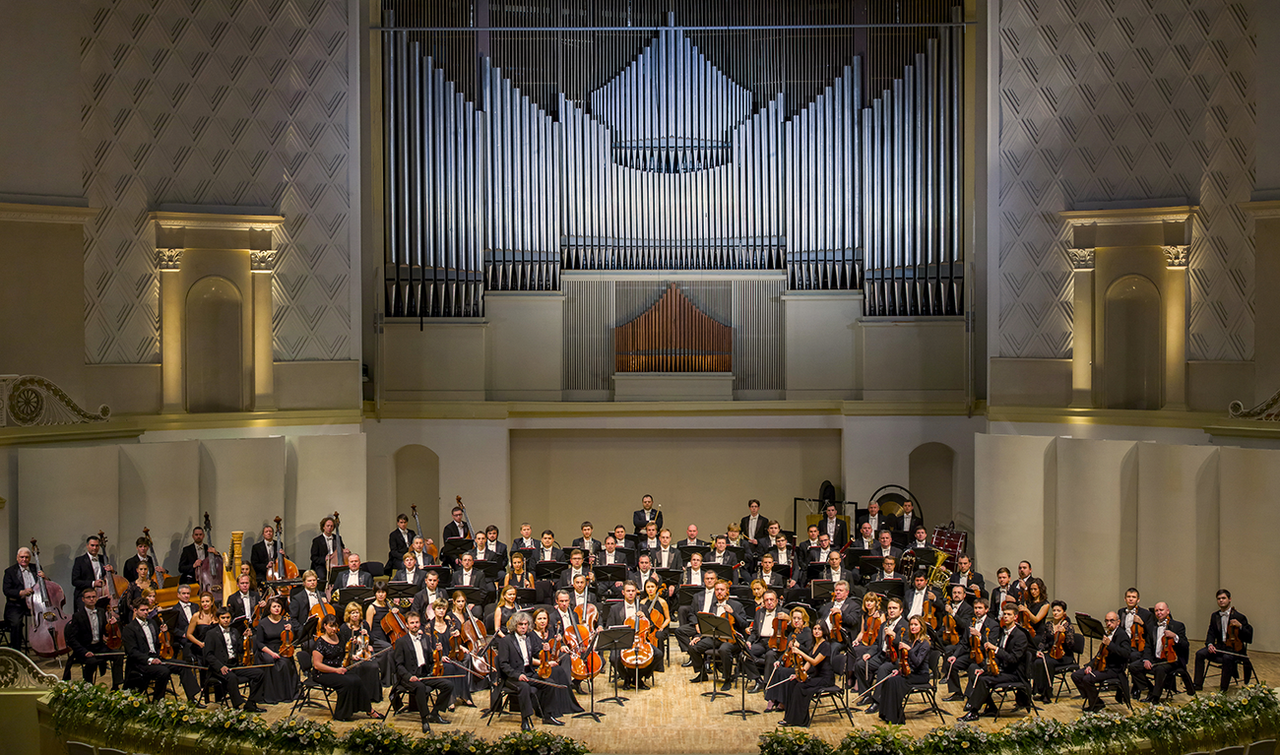 The orchestra was founded in 1936 and has been led by Alexander Gauk, Natan Rakhlin, Konstantin Ivanov, Evgeny Svetlanov, Vassily Sinaisky, and Mark Gorenstein. Under Svetlanov’s leadership, the orchestra became one of the best in the world and acquired a huge repertoire. In 2005 the orchestra adopted his name. In 2011 Vladimir Jurowski, Principal Conductor of the London Philharmonic Orchestra and Music Director of the Glyndebourne Festival Opera (2001–2013), took command of the group. 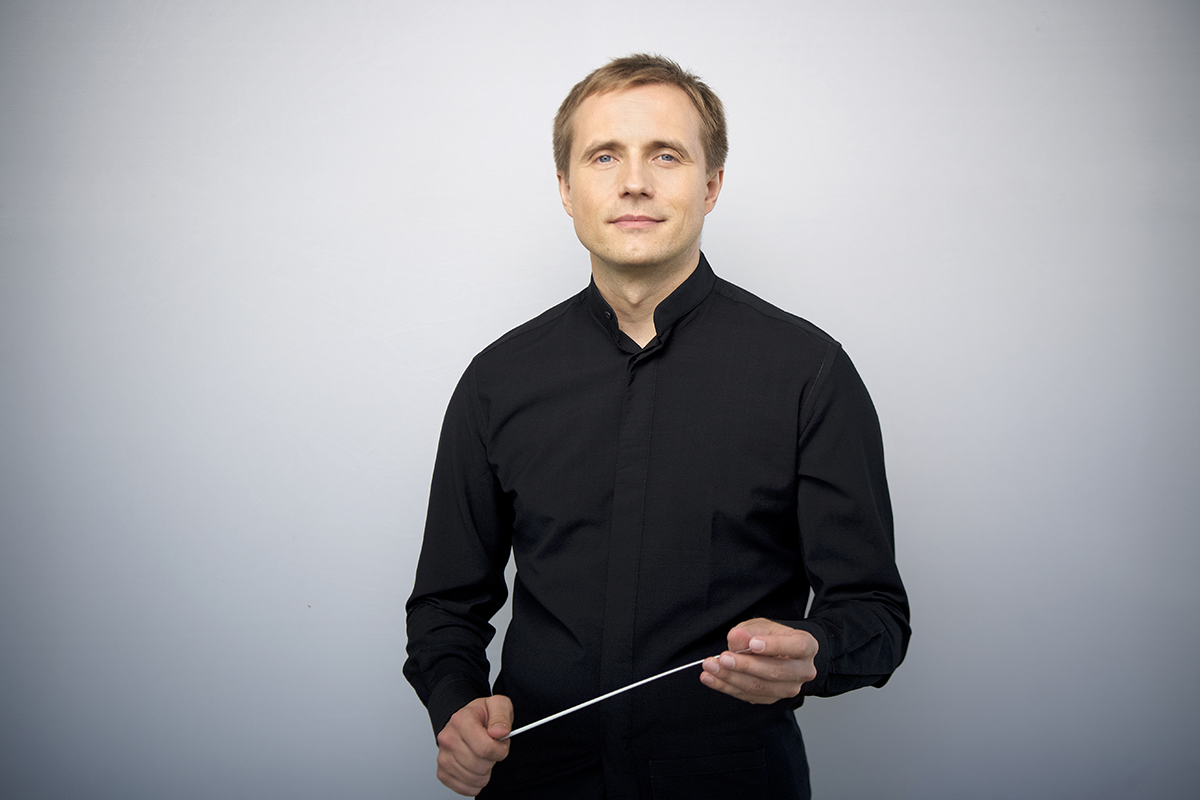 He studied at the St Petersburg Conservatoire and has also participated in masterclasses with such major figures as Ilya Musin, Mariss Jansons, and Yuri Temirkanov. Was appointed Chief Conductor of the St Petersburg State Academic Symphony Orchestra from 2004 to 2007. has also served as Principal Conductor of the National Youth Orchestra of Great Britain from 2009-2013. Has worked with many of the world’s most prestigious orchestras including the London Symphony Orchestra, London Philharmonic Orchestra, Russian National Orchestra, Netherlands Radio Philharmonic, Orchestre National de France. 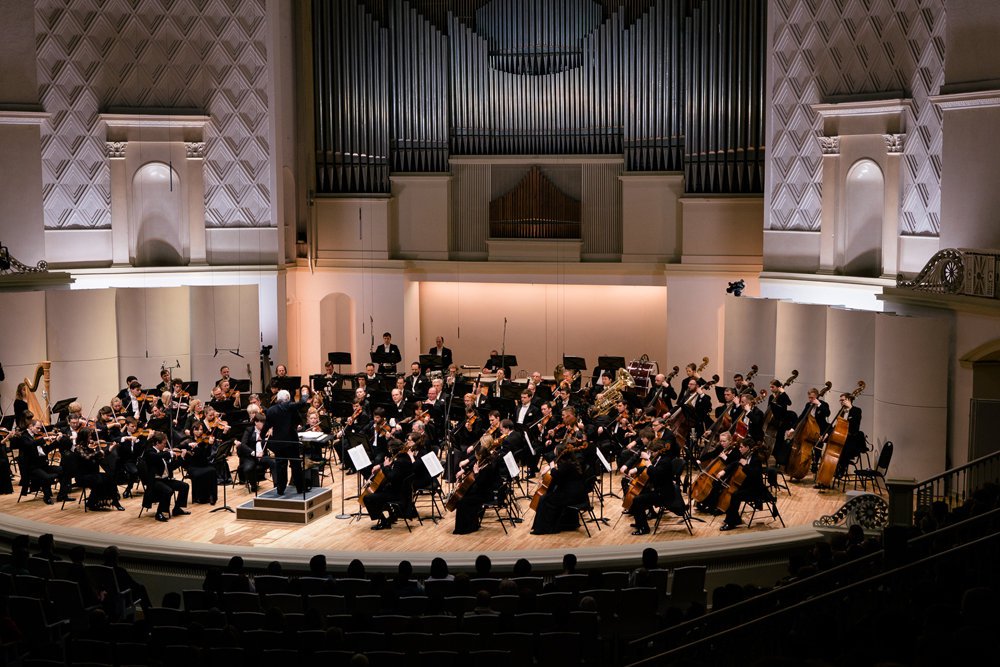 The orchestra was founded in 1951. Its first leader was Samuil Samosud. It was subsequently headed by Natan Rakhlin, Kirill Kondrashin, Dmitri Kitaenko, Vassily Sinaisky, and Mark Ermler. Under Kondrashin the orchestra was acclaimed worldwide, especially for premieres of compositions by Dmitri Shostakovich, Georgy Sviridov, Aram Khachaturian, Dmitri Kabalevsky, Mieczysław Weinberg and other composers, as well as for accompanying Van Cliburn at the very first International Tchaikovsky Competition. The orchestra has collaborated with Igor Stravinsky, Benjamin Britten and Krzysztof Penderecki.
Since 1998 the ensemble has been led by Yuri Simonov. 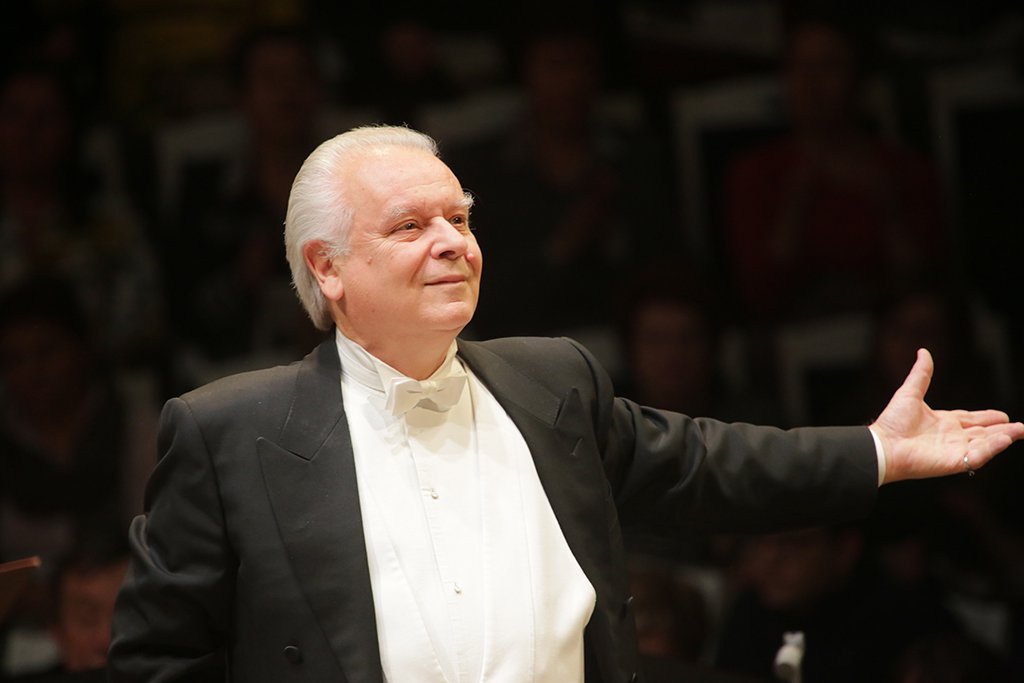 Graduate of the Leningrad Conservatory specializing in viola and symphonic conducting. In 1969 he débuted at the Bolshoi Theatre, and in 1970 he was appointed its Principal Conductor. In 1998 he took charge of the Moscow Philharmonic Orchestra. He has been engaged for a series of opera productions in the world’s major theatres and has been a jury member for conducting competitions in Florence, Tokyo and Budapest. He began teaching at the Moscow Conservatory in 1978 and since 2006 has taught at the Saint Petersburg Conservatory. 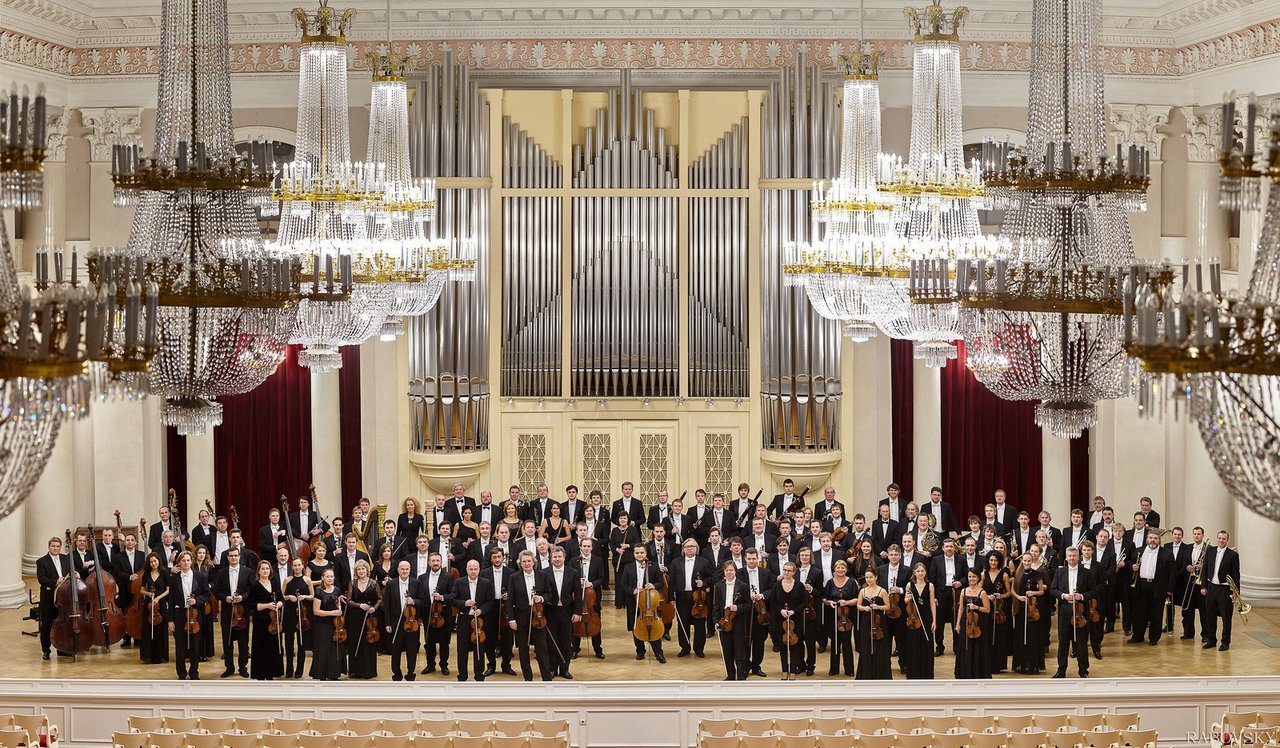 The orchestra was created in 1882 at the behest of Alexander III with the Court Musicians’ Choir. In the beginning of the 20th century the orchestra gave the Russian premieres of works by Richard Strauss, Gustav Mahler, Anton Bruckner, Alexander Scriabin, and Igor Stravinsky. In 1921 the ensemble was the basis for the newly formed Philharmonic, the first of its kind in the country, and it performed with Otto Klemperer, Bruno Walter, Felix Weingartner, Vladimir Horowitz, and Sergei Prokofiev. In 1934 the orchestra received the title of Honoured Ensemble of the Republic. Beginning in 1938 the ensemble was led for more than a half century by Evgeny Mravinsky. 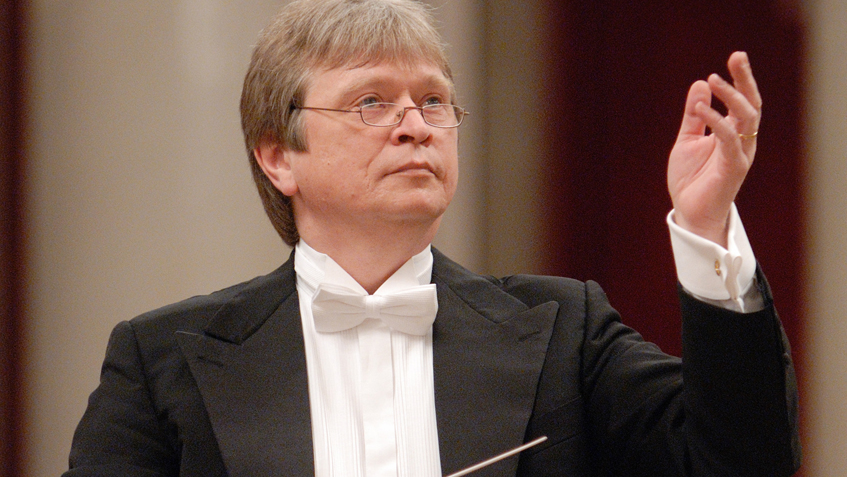 He is a graduate of the Leningrad Conservatory studying both choral and symphonic conducting, and he is winner of many international competitions including the Herbert von Karajan Conducting Competition (West Berlin, 1982). The conductor has led the Zagreb Symphony Orchestra and the Estonian National Symphony Orchestra; he has collaborated with many ensembles abroad. Since 2000 he has been conductor of the Saint Petersburg Philharmonic Orchestra.