Graduated from the Paris Regional Conservatory and the Conservatoire National Superieur de Musique de Lyon, where studied with Jean-Louis Capezzali and Jerome Guichard. He then joined the Hochschule für Musik Saarbrücken (class of Philippe Tondre).

In 2017, he won the oboe audition of the Gewandhausorchester Academy. Had the chance to play with conductors such as Semyon Bychkov, Sir John Eliot Gardiner, Alan Gilbert, and others. Later he won the position of Solo Oboe at the Hannover Staatsoper.

He worked with the Orchestre National de Lyon, Orchestre de l'Opera de Lyon, Deutsche Oper Berlin, Frankfurt Opera, Stavanger Symphony Orchestra and other ensembles where he is a regular guest as solo Oboe.

Won the third prize and the audience prize at the 12th International Oboe Competition in Japan (2018). 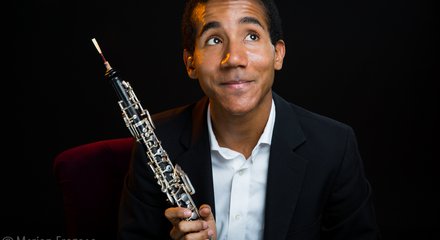