Half a year before he finished his studies, he became a solo French horn at the Tiroler Sinfonieorchester Innsbruck, and since March 2011 he holds the same position at the Royal Danish Orchestra in Copenhagen.

With the world premiere of the commissioned horn concerto by Swiss composer Hans Stähli in autumn 2017 in Coburg he is also dedicated to the expansion of the contemporary repertoire for the French horn. 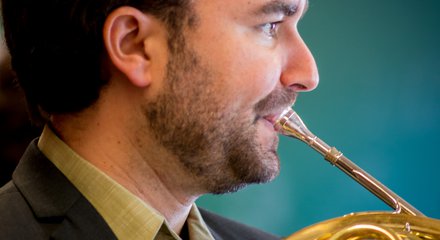