In 2015 graduated from Rimsky-Korsakov St. Petersburg State Conservatory (class of Prof. Svetlana Gorenkova), and in 2017 completed her postgraduate studies at the Conservatory (class of Prof. Irina Bogacheva). Studied privately with Franco Pagliazzi, participated in master classes with Neil Shicoff, had an internship at Accademia Teatro Alla Scala. Since 2015 has been a soloist of the Mikhailovsky Theatre (St. Petersburg).

First prize winner at the VII St. Petersburg International Opera Singers Competition (2015). Was awarded a Youth Prize of the Government of St. Petersburg (2017). Participated in gala concert of the Three Centuries of Classic Romance Festival and in the Rubinstein Chamber Music Festival (2013). 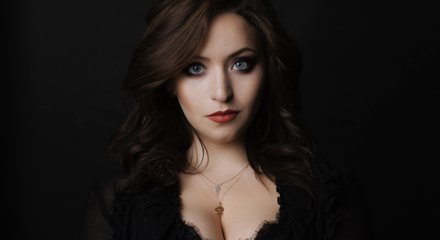