A first prize winner of numerous international competitions, such as the Jeune Flûtiste International Competition in Paris, the Jeunesses International Music Competition Dinu Lipatti in Bucharest, the Domenico Cimarosa International Flute Competition in Italia and many others. He worked with such conductors as Claudio Abbado, Lorin Maazel, Sir. Simon Rattle, Daniel Barenboim, Esa-Pekka Salonen and Gustavo Dudamel with whom he played at prestigious venues including Teatro Alla Scala in Milan, Royal Albert Concert Hall in London, Carnegie Hall in New York among others.

He is currently a Flute-Solo at the Badische Staatskapelle Karlsruhe in Germany. 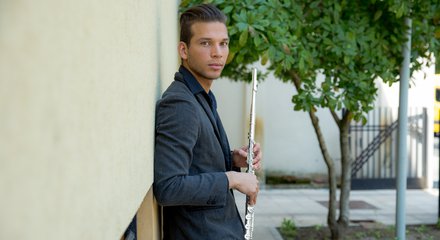