"You have nothing yet to learn about the cello.  You have successfully mastered it". — Mstislav Rostropovich about Fedor Amosov

Fedor’s educational Diplomas include ones from the most prestigious schools. He received his Performance Diploma from Michigan State University in 2010 and his Master of Music from the Cleveland Institute of Music in 2012. At 2014 Fedor became an Assistant in Natalia Gutman’s studio at Moscow Conservatory.

Since 2015 Fedor is a soloist at Moscow Philarmony’s prestigious program  – Stars of the XXI Century. He is also a soloist of Saint Petersburg’ House of Music, where he participated in such concert series as: Masterous Embassy, Young Performers of Russia, The Generation Next, Music of Stars.

He recorded such albums as in "Six Sonatas of Luigi Boccherini for Cello and Basso Continuo" arranged for cello and piano by Alfredo Piatti, "Russian Cello", on the Bel Air Music label with the music of Alexander Glazunov and Ivan Sokolov, Jean-Baptiste Bréval’s "Six Sonatas op. 12" for Cello and Piano, "Six Sonatas" by Jean Balthasar Tricklir, "Reveries" devoted to the encore pieces and children`s music. Mr. Amosov is also published as composer and arranger by Wiltshire Music Company and Ovation Press. 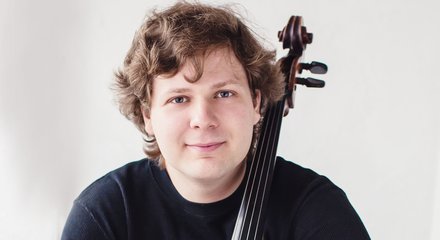