He studies with Vanessa Latarche at the Royal College of Music in London. Attended master classes with Dmitri Bashkirov, Lang Lang and Vladimir Ovchinikov. 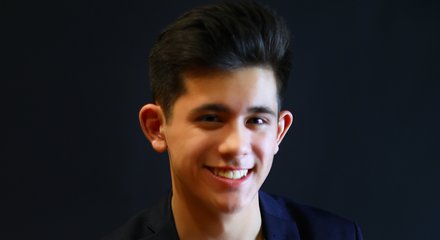