Born in Kazakhstan. In 2008 he won the Nutcracker international television competition and moved to study at the Central Music School of the Moscow Conservatory. After two years of studying in Moscow he moved to the UK to continue his studies at the Purcell School for Young Musicians with Tessa Nicholson. 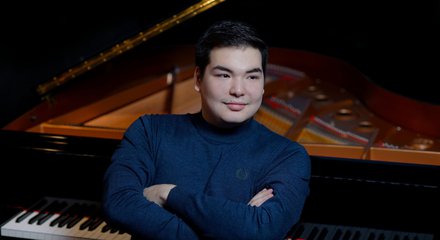