Graduated from the Special School of Music of the Rimsky-Korsakov St. Petersburg State Conservatory (class of Alexander Sandler). He now continues his studies at the St Petersburg Conservatory with the same teacher.

Winner of international competitions such as "Cliburn junior competition", "Artur Rubinstein in memorium" competition in Poland, "St.Priest competition", "Yamaha Music". From 2010 to 2016 he had been receiving the Sviatoslav Richter Grant from the Mstislav Rostropovich Foundation. Took part in Verbier academy and won the special prize for the best pianist in Academy. In November 2018 played LIVE on Radio France. 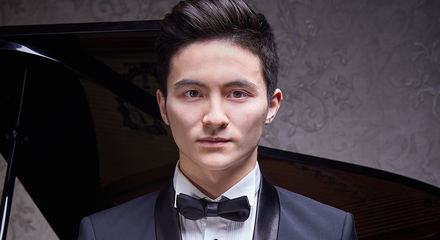