From 2008 to 2012 studied at the Central Music School of the Tchaikovsky Moscow State Conservatory. In 2017 graduated from the Moscow Conservatory (class of Prof. Evgeny Petrov). He is currently an assistant trainee in the class of Evgeny Petrov. 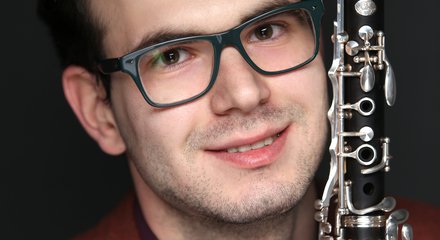