He is currently studying with Pavel Gililov at Mozarteum Salzburg and participating in prestigious master classes such as the Eppan Piano Academy and Verbier Piano Academy. At the IX Hamamatsu International Piano Competition in 2015 he was awarded the first prize as well as the audience prize. A winner of the Monte-Carlo World Piano Masters Competition (2018).

Has played in some of the most important opera houses and concert halls (Teatro La Fenice in Venice, Teatro Regio in Turin, Teatro Alighieri in Ravenna, Kioi Hall and Bunka Kaikan in Tokyo, Kitara Concert Hall in Sapporo, Hyogo Performing Arts Center in Osaka, Salle Cortot in Paris, the Moscow Conservatory and many others. Study in Zalsburg and Berlin at class of Eldar Nebolsin. 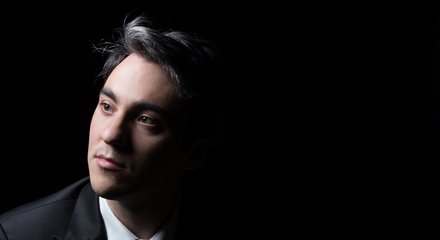