He studied for two years in the flute class at the Music School №1 in Kerch. Began his trumpet studies at the age of nine. In 2011 he won the first prize at the Young Virtuoso republican competition in Simferopol, winning the Grand Prix there in 2014 and 2015. In 2015 was accepted to the Gnessin Special Music School (trumpet class of Vladimir Pushkarev). Since 2016 has been studying with Kirill Soldatov. First prize winner at the Gnessin International Competition (Moscow, 2018) and the Central Music School Competition (Moscow, 2018). Moscow mayor’s grant recipient. In 2019 he took part in the Homecoming International Chamber Music Festival. 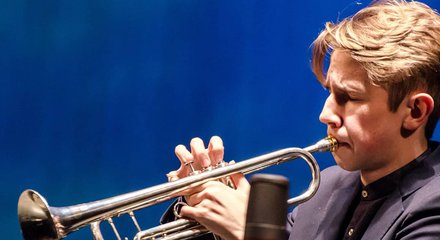