Began playing the cello at the age of seven, and she made her debut with the Seoul Philharmonic only two years later. She was accepted to The Curtis Institute of Music at the age of ten and studied there with Orlando Cole, Peter Wiley, and Carter Brey. She studied with Joel Krosnick at The Juilliard School in New York and pursued an Advanced Performance Diploma under the guidance of Christoph Richter at the Royal Academy of Music in London.

She is the winner of the Isang Yun international competition in Korea as well as a laureate of the first Queen Elisabeth International Cello Competition. She has successfully made her debut with the Brussels Philharmonic with Augustin Dumay. Performed in prestigious festivals such as Music@Menlo, La Jolla Summerfest, Music@Angelfire, and Marlboro Festival. She plays on a Francesco Stradivarius on a loan from an anonymous sponsor. 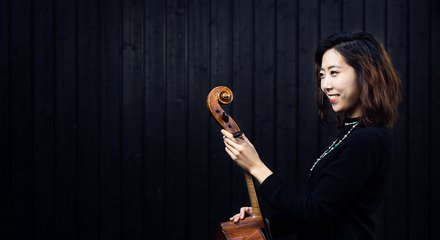