Studied with Liviu Prunaru at the Conservatorium van Amsterdam and with Kolja Blacher at the Hanns Eisler College of Music in Berlin. Since October 2015 she is studying with Erik Schumann at the Kronberg Academy’s Pre-college programme, which is run in cooperation with the Frankfurt University of Music and Performing Arts. 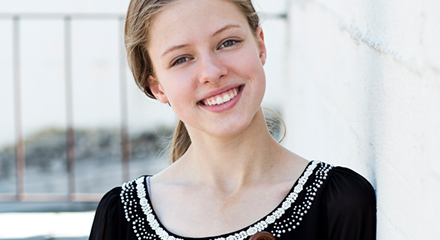