Began playing the cello at the age of 3. Her main teacher until 2015 was Truls Mørk. She later studied with Frans Helmerson and Torleif Thedeen, as well as being mentored for the last 4 years by Lars Anders Tomter. 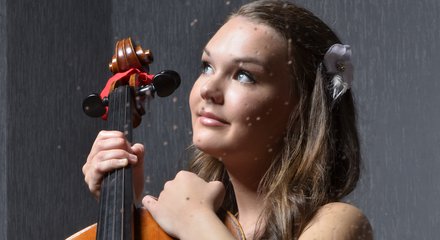