Earned her bachelor's and master's degrees from the Tokyo University of the Arts. She continued her studies at the Musik und Kunst Privatuniversität der Stadt Wien (Austria) with Karl-Heinz Schütz, Gisela Mashayekhi-Beer and Gottfried Pokorny. Participated in master classes with Jacques Zoon, Denis Bouriakov, Mathieu Dufour and Michael Martin Kofler.

Won the second prize and the audience award at the Japan Woodwind Competition (2014). A finalist of the Japan Flute Convention (2011) and the Japan Wind and Percussion Competition (2015).  From 2017 she has been a recipient the Hironao Seki Memorial Culture and Arts Foundation scholarship.

As a soloist performed with the Shizuoka Symphony Orchestra and with the Geidai Philharmonia Orchestra. 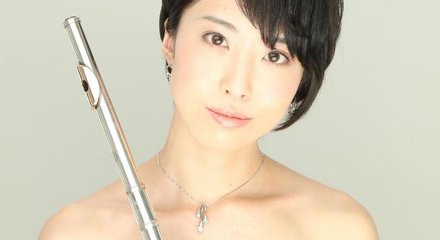