Studied at the Middle School Affiliated to Xi’an Conservatory of Music (China). In 2010 was accepted to The Juilliard School in New York. He was mentored by Veda Kaplinsky, Matti Raekallio and Robert McDonald and also worked privately with Paul Badura-Skoda, Leon Fleisher, Menahem Pressler, Robert Levin, Murray Perahia. 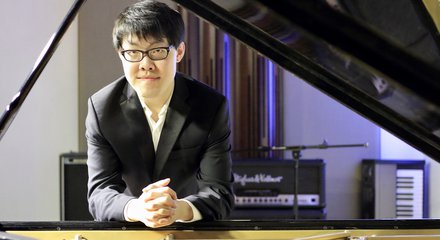